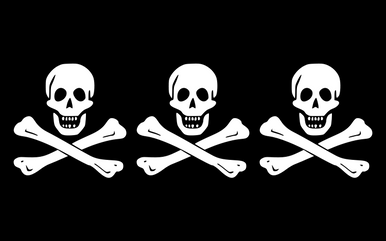 Christopher Condent (1690s ?? died 1770), born in Plymouth in Devon, was an English pirate who led the return to the Eastern Seas. He and his crew fled New Providence in 1718, when Woodes Rogers became governor of the island.?ÿOn a trip across the Atlantic Ocean, an Indian member of the crew, who was severely beaten and mistreated, threatened to ignite the ship's powder magazine. Condent swiftly jumped into the hold, and shot the Indian in the face. Purportedly, the crew hacked the body to pieces, and the gunner slashed open his stomach, tore out his heart, boiled it, and ate it. Further into the voyage, the crew captured a merchant vessel. Roughly half of the crew sailed away, while the other half chose Condent as their captain.?ÿAt the Cape Verde Islands, Condent and his men captured a Portuguese wine vessel, a squadron of small ships, and a Dutch war ship. Condent kept the warship, and named it The Flying Dragon. The Flying Dragon then cruised the Brazilian coast, and Condent took more ships, occasionally torturing Portuguese prisoners by cutting off their ears and noses.Condent took much more "booty" when he reached the African coast. In June or July 1719, he reached Madagascar. While he was at Sainte-Marie, he integrated some of John Halsey's old crew into his own.He cruised the Indian Coast and the Red Sea for a further year or so. In 1720, near Bombay, Condent and his crew captured a huge Arab ship, which contained an abundance of treasure and valuables, to the tune of ?150,000. In an attempt not to further enrage the East India Company, Condent's crew were ordered not to abuse crew or passengers.?ÿHe and his crew returned to the island of Saint-Marie, dividing their haul into around ?2000 each. Condent and forty other members of his crew sailed to the island of Bourbon where they negotiated with the governor for a French pardon. Twenty or more of the men settled on the island, but Condent went on to marry the governor??s sister-in-law, travel to France, settle down with his wife in Brittany and became a wealthy merchant. Wikipedia?ÿ

This product hasn't received any reviews yet. Be the first to review this product!